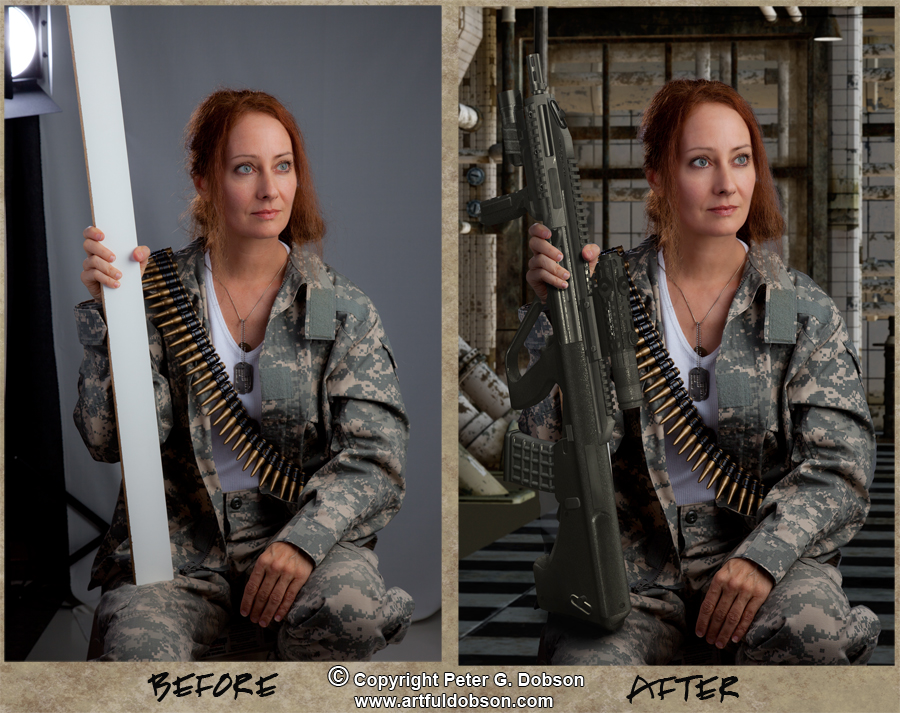 It was very flattering that an action actress/stunt double who has appeared in films such as Scary Movie, The Walking Dead, Hunger Games, Talladega Nights, Need For Speed, etc., wanted to come 90 miles down from Atlanta for a photo session with me! Here’s one shot before and after Photoshop editing. The gun and the background were made in my 3D programs so I could match the lighting before editing. If you just take existing photos from the web or your own files then you have to make sure that  the light on your model matches them to avoid looking fake. 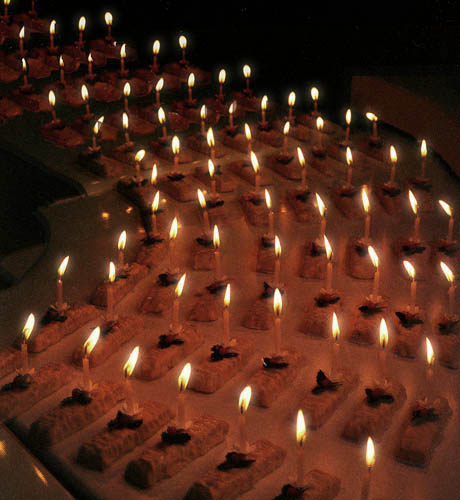 “I’ve got a great idea!”, said the Art Director of a candy firm I worked for regularly.  “For our Company Christmas card let’s put a candle in each of the chocolate bars coming down the conveyor belt!” END_OF_DOCUMENT_TOKEN_TO_BE_REPLACED 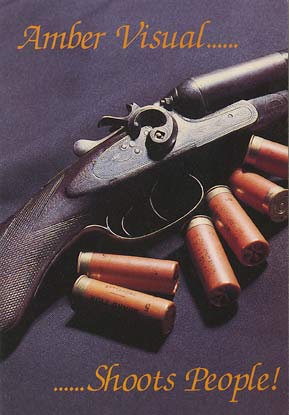 Trying to be too clever.

Or could be subtitled: “Not everyone appreciates my sense of humour”!

Marketing is the only way to spread the word about a business and I used to make my own flyers and adverts. I figured a humorous approach would attract more attention but my flyer for my portrait services “Amber Visual Shoots People!” met with a very negative response from a few people. END_OF_DOCUMENT_TOKEN_TO_BE_REPLACED 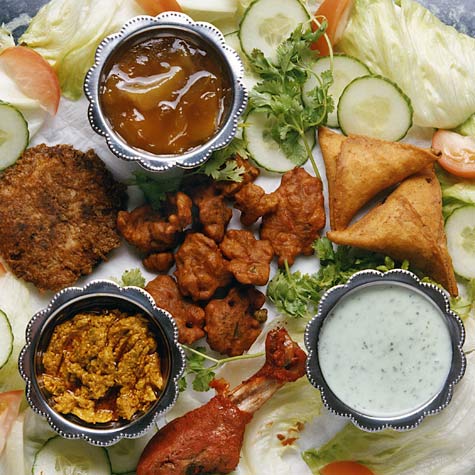 The term refers mainly to the pinpoints of light reflecting into the camera that make the subject look shiny or show the properties of the subject’s surface. For example it’s used to great effect in food photography to achieve that glistening appeal or to show perspiration on human skin and so on. END_OF_DOCUMENT_TOKEN_TO_BE_REPLACED 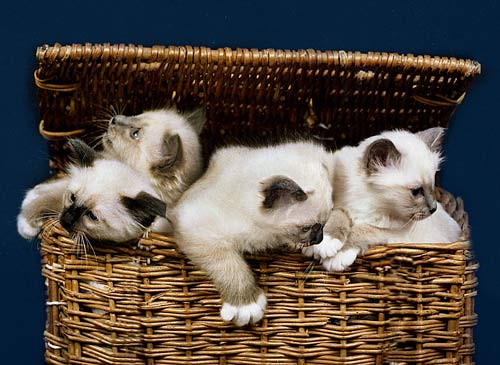 Kittens in a basket.

No, it’s not the latest fast food but a tip on how to photograph unruly felines.

Pet photography is never easy as keeping the subjects still is always a challenge and never more so when kittens or puppies are involved. A lady asked me to photograph her prize-winning cat’s offspring so I happily said yes, whilst inwardly groaning and resigning myself to a lengthy studio session.  How to keep them stationary and in focus? Drugs? Glue? Then I had an idea. END_OF_DOCUMENT_TOKEN_TO_BE_REPLACED 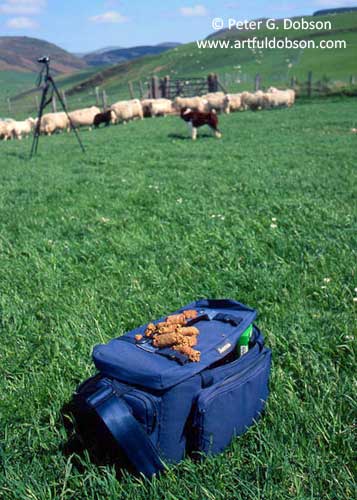 Here’s a story from my days in Wales when I was hired by the Welsh Lamb industry to produce some advertising photos for a brochure. The art director wanted a beautiful valley and mountains in the background and a photogenic flock of sheep, a shepherd and his dog in the foreground. (The next part contains a disturbing photo, do not continue if you are easily offended!)  END_OF_DOCUMENT_TOKEN_TO_BE_REPLACED 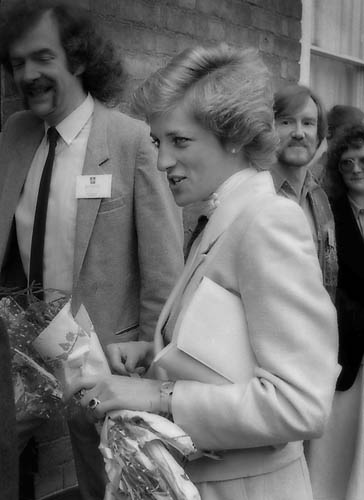 Princess Diana and the Triffid

Yes it’s another random story from my photographic life in Wales, this one by by popular request – The Princes and the Triffid.
(Note: For those of you who don’t know, a TRIFFID is a walking alien monster plant as featured in John Wyndham’s book “Day of the Triffids” which was also made into a movie).

As a regular photographer for the Welsh Craft Council, I used to take publicity photos at their various functions. One such event was Princess Diana’s visit to the Craft Council’s annual get together in Swansea city hall as she was the council’s Patron. END_OF_DOCUMENT_TOKEN_TO_BE_REPLACED

A degree in Photography

Studying photography at college in the 1970s was a lot different to what I’d expected. The three year course was science based to produce photographers for the industrial, scientific, engineering and manufacturing type environments. Photographers from the college went on to work in research institutes, forensics, military, laboratories and commercial companies.

The first days were spent in practicing loading darkslides with 5×4 inch sheet film, the dark slide being the thin wooden box that holds the film in place in a view type camera. END_OF_DOCUMENT_TOKEN_TO_BE_REPLACED

Does anyone ever say to themselves, “I want to be a professional Photographer”, instead of something useful like plumber, electrician or a car mechanic? END_OF_DOCUMENT_TOKEN_TO_BE_REPLACED